On the way to Padum…
Returning from Padum…

Himalaya – around principalities Ladakh and Zanskar

Ladakh (Tibetan alphabet: ལ་དྭགས་; Wylie: la-dwags, Ladakhi [lad̪ɑks], Hindi: लद्दाख़, Urdu: لدّاخ [ləd̪ˈd̪aːx]; “land of high passes”) is a region of Jammu and Kashmir, the northernmost state of the Republic of India. It lies between the Kunlun mountain range in the north and the main Great Himalayas to the south, inhabited by people of Indo-Aryan and Tibetan descent.[4] It is one of the most sparsely populated regions in Jammu and Kashmir.”Ladakh, the Persian transliteration of the Tibetan La-dvags, is warranted by the pronunciation of the word in several Tibetan districts.”[5]

Zanskar (Ladakhi: ཟངས་དཀར་, Hindi: ज़ांस्कर) is a subdistrict or tehsil of the Kargil district, which lies in the eastern half of the Indian state of Jammu and Kashmir. The administrative centre is Padum. Zanskar, together with the neighbouring region of Ladakh, was briefly a part of the kingdom of Guge in Western Tibet.The Zanskar Range is a mountain range in the Indian state of Jammu and Kashmir that separates Zanskar from Ladakh. Geologically, the Zanskar Range is part of the Tethys Himalaya, an approximately 100-km-wide synclinorium formed by strongly folded and imbricated, weakly metamorphosed sedimentary series. The average height of the Zanskar Range is about 6,000 m (19,700 ft). Its eastern part is known as Rupshu. 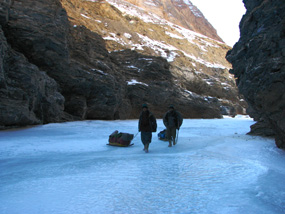 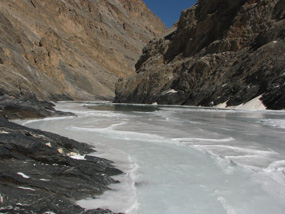 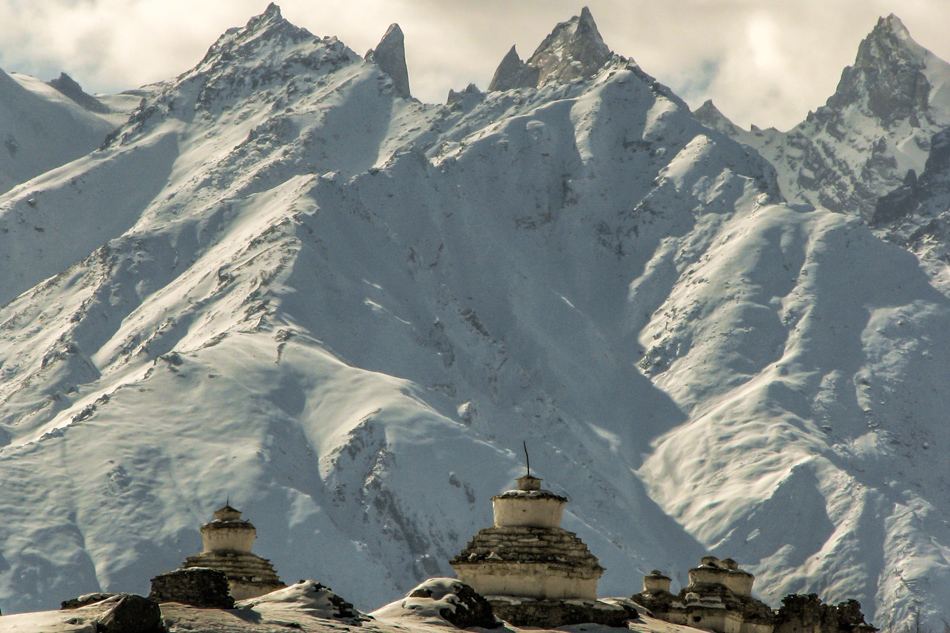 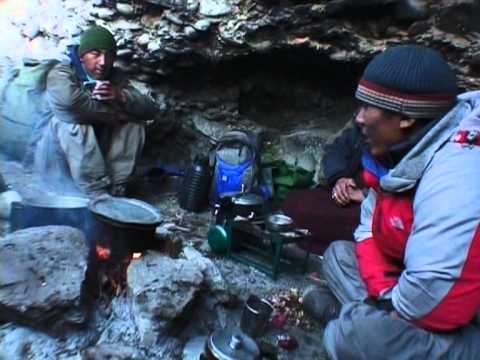 Khardung La – the highest mountain motor pass in the world…

On the way to Padum…